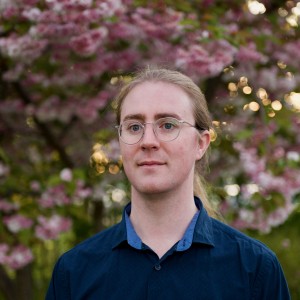 Kubu – composed, produced and mastered by Harm Roché van Tiddens
Composed during the Covid-19 lockdown, April-May 2020, Weimarstraat Studio, the
Netherlands, using sound recordings made in November 2018 on the Mmabolela Reserve,
Limpopo River, South Africa.
Composed for close listening purposes, listen with quality headphones or decent speakers.
Kubu is hippo in Setswana, one of the official South African languages. Originally conceived
for a Super Audio CD, Dolby 5.1 surround sound to be enjoyed on your system at home. The
surround sound spatialization has been mixed to stereo. The work was released on Bandcamp
on the 6th of May, 2020.
Credits:
Sonic Mmabolela Artists Residency 2018
Album cover photo: Steve Norton

Harm Roché van Tiddens - Biography
Born 1990, Harm Roché van Tiddens composed his first work at the age of 22 under the
tutelage of Hans Roosenschoon, although, he started writing light music at the age of 16 with
a protest song against child soldiers in Africa. He was awarded the Hans Roosenschoon Music
Foundation Scholarship for composition in 2014 and 2015. He completed a Masters in
Composition at Stellenbosch University, South Africa, while researching the spectral music
scene in South Africa. In March of 2016, Roché’s work for Brass Quintet was performed at the
ISCM World Music Days in South Korea. At the end of the year 2016 he moved to
Birmingham, UK, to study composition at the Royal Birmingham Conservatoire with Dr
Andrew Hamilton and Dr Sean Clancy as teachers. In February 2017 he was selected to take
part in the Young Composer’s Meeting in Apeldoorn with the Orkest de Ereprijs where he won
the prize to write for the Internationale Stichting Masterclasses in Apeldoorn 2017. At the end
of 2018 he participated in the two-week Sonic Mmabolela artist’s residency, organized by
Francisco López and Barbara Ellison on the Mmabolela game reserve, Limpopo River, South
Africa. During the residency he continued to develop his creative knowledge on working with
sound environments. In December 2019, he composed 1’O clock, during the Conlon
Foundation Disklavier Artist’s Residency. He is also a music teacher and is passionate about
teaching creativity. Together with Lucinda Watts he hosts the Crab Music workshops in the
Hague, the Netherlands. Roché has a fascination for nature and the sounds that occur in the
African ‘bushveld’ and his work stems from a close interaction with sound environments.
rochevantiddens.wordpress.com