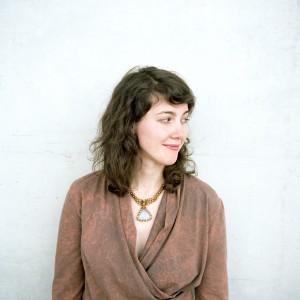 recorded by George Dumitriu, except the double bass, recorded by Lennart Heyndels
post production and mix by Kaja Draksler

This composition was written and recorded during the lockdown in April 2020. To amplify the isolation we have all been experiencing, I asked the musicians to record their parts without listening or seeing the parts of the other members of the group. I was not in contact with the musicians during the recording period, as I was interested in (mis)communication and (mis)interpretation. During the post production and mixing, I tried to preserve the feeling of seclusion. The isolation therefore became the ninth member of the ensemble.

Kaja Draksler (1987) is a Slovenian pianist and composer. After her studies in the Netherlands (BA in jazz piano and MA in classical composition), she decided to stay in Amsterdam, where she became an active member of the improvisors scene, performing extensively all over the Europe. Her main project is her Amsterdam-based Octet, which she formed in 2016. Besides her frequent solo concerts, she has been working internationally over the past years with trio Punkt.Vrt.Plastik, quartet Hearth, and in duets with Terrie Ex, Susana Santos Silva, Eve Risser (To Pianos), Onno Govaert (Feecho) and Szymon Gąsiorek (Czajka & Puchacz). She is one of the founding members of the interdisciplinary group I/O and part of the internationally acclaimed Doek collective. As a composer she has been commissioned by various international groups, ranging from vocal and chamber ensembles to big bands and orchestras. Kaja is interested in finding ways to merge the composition and (free) improvisation by working with different structures and musical logics. In the spirit of the Dutch jazz/improvised music legacy, she is drawn to the idea of erasing the stylistic and historical musical borders, and discovering personal expression and language through composition and improvisation.