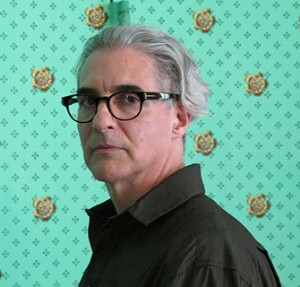 Coltello pesante 2020, 3:44 Lou Mallozzi Coltello pesante was produced in a cumulative and somewhat spontaneous fashion, with prerecorded and voice materials recovered or performed immediately and with little forethought. Each moment generated new fantasies of the next moment, and the next moment would fulfill or ignore those fantasies in a cycle leading onward, or sometimes backward. Perhaps it was made in response to being alone in the studio, a condition that had become foreign yet regained traction as a result of sheltering in place, losing distractions, staving off fear, and paying attention. Lou Mallozzi (b. 1957) is an interdisciplinary artist who dismantles and reconstitutes sounds, images, gestures and language to examine relationships between presentation, representation, knowledge, power, and site. His work is primarily based in sound and takes the form of installations, performances, fixed media works, and improvised music. Recent interests include the language of fascism and segregation, archaeological systems, and auditory prostheses. During more than three decades of interdisciplinary arts practice, he has performed, exhibited, and broadcast in a number of venues in the US and Europe, including the Smart Museum at the University of Chicago, Sector 2337 Chicago, Museum of Contemporary Art Chicago, The Renaissance Society, Experimental Intermedia New York, Ausland Berlin, TUBE Audio Art Series Munich, Bayersicher Rundfunk Munich, New American Radio, Radio Revolten Festival Halle, Constellation Chicago, and many others. In his role as director of Experimental Sound Studio from 1986-2016, Mallozzi coordinated, coorganized, and curated many performances, exhibitions, broadcasts, festivals and commissions, presenting the work of over 500 artists to audiences throughout Chicago. Mallozzi is Assistant Professor and Graduate Program Coordinator in the Sound Department of the School of the Art Institute of Chicago. loumallozzi.com