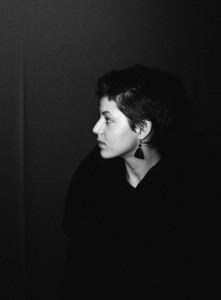 Production: The third track (“Process of Becoming”) was shortlisted for the" 1/1 " CYLAND MediaArtLab contest and will be released as a collaborative album along with other shortlisted works.

Description of the trilogy: The conceptual sound trilogy "Transformation processes" is the result of comprehending and living the current world events of spring 2020. The three parts reflect the three stages of transformation processes that manifested themselves through the personal aspect of reflection. But, given that many found themselves in similar conditions, it can be assumed that, in addition to the personal aspect, the trilogy, through sound forms, reproduces the atmosphere of reflection of a large number of other people around the world.

Forced isolation in my case allowed me to move away from active social life, stop and plunge into myself in the silence of slowed down external processes. This amount of time for this is a gift. The process of immersion in stopping the world turned out to be fruitful not only in relation to oneself, because gave the opportunity to delve into creativity, to reassess not only recent life events, but also values in general - which resulted in new projects, the implementation of which will take place after leaving the self-isolation regime. And, as I think, in such a period, similar processes occur with many; on a global scale - the world and society are forced to stop and think about events in the world and cause-and-effect relationships; why the most important project of each person - his own life - is exactly what it is at the moment; what exactly led to such results.

The process of becoming is the stage of getting out of immersion, which begins to occur after the depth has been affirmed. It is at this stage that full-fledged not only retrospective reflection (past and meaningful) is possible, but also prospective.

The second and third compositions were created binaural, in order to create a sense of space (artistic intent) and fill the lack of listening to music in a situation of concerts and live performances, where sound sources are located at different points in space.

Due to the versatility of such a language as sound, all of the above can be intuitively "read" while listening to compositions, where at the same time everyone becomes the author of their own space.

Born on 08.01.1995 in Tver, where she graduated with honors from the school of art at the Tver College of culture named after N. A. Lvov.

In 2012 she moved to Saint Petersburg, where she entered Pavlov First State Medical University of St. Petersburg.

In 2015 she entered the faculty of psychology at Saint Petersburg State University and was engaged in research activities.

Since 2016 she studied painting under the guidance of A. S. Zaslavsky, participated in exhibitions of contemporary art in St. Petersburg.

Since the end of 2017 she has been engaged in electronic experimental music.

Participates in the following programs, exhibitions and festivals: PER FORMA Vol.3 (Bolshoi Theater named after G.A. Tovstonogov) The Measure of Chaos: Science as a Communication Method (A. S. Popov Central Museum of Communications)